According to this article in the Washington Post, the White House has named Danny Marti as the IP Czar.  The IP Czar is the title that has been given to this position but, in short, the position is one of coordinating IP enforcement in the United States.  This is important as intellectual property enforcement is an issue that can spread over several different jurisdictions.  With the piracy issues that have evolved over the years from on-line abuse, several federal agencies need to be coordinated in certain types of investigations.  Enter the IP Czar. 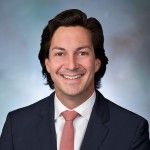 Mr. Marti is currently an attorney with Kilpatrick Townsend in their DC office.  A quick review of his bio indicates that he has much experience in intellectual property law, including trademark and copyright licensing.  Of note, he represented Tory Burch in a case where claims were brought against a former director for launching a knock off brand of the fashion designer.  If any of our male readers do not know what/who Tory Burch is, trust me on this one – go an buy something there for your wife/girlfriend, and thank me later!

The position of the IP Czar has been vacant for quite some time.  Almost as long as the vacancy of the Director of the United States Patent and Trademark Office.  There has not been a new appointee for the Director’s position since it was vacated by David Kappos.  The acting director has been Michelle Lee.  There is no telling when we will get a new director, but the position has been vacant since the beginning of 2013!  It would be nice to get a new director so that we can start seeing some long term planning for the Patent Office, and hopefully continue the work that Mr. Kappos started in decreasing the backlog.