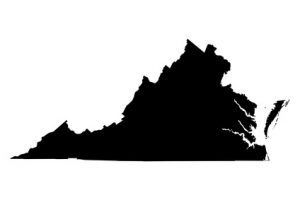 While many people did not even know that children under the age of 16 could get married throughout many of the states in the country, now there is a ban that is being put on the children from being able to get married if they’re not at least 16 and with the permission of their parents. Thinking that girls as young as 12 could get married was something that so many thought would only happen in other countries throughout the world, but in reality, Virginia is actually still holding onto the law that 12 year olds can actually get married within their state.

The old law within the state put it out there that girls as young as 12 could get married, if they were pregnant. Now, it is changing to be 16, if they’re emancipated by a court of law and 18 otherwise. This change is coming due to the harsh reality of what the future of these children would look like if they were to get married, especially to older men, before they were of a legal age to get married by law.

Many of the other states throughout the country welcome all to get married, as long as they are within the age limits allowed, which tends to be 18 in most states.

Within the state of Virginia, many people do not actually know what to expect when it comes to child marriage. One of the biggest factors was that within ten years, 200 girls under the age of 15 were married to someone else, usually a man that is much older than them. Girls as young as 13 and pregnant were granted marriage licenses to marry the man that had gotten them pregnant. More than 10 of these girls married, got married to spouses that were 20 or more years older than them.

While, many of us think that this is something that does not happen here or that it does not happen during this day and age, they can think again. With new laws in place, this child marriage law that Virginia continues to hold onto will be removed entirely, not allowing any more children to become married – with or without parental consent or being pregnant. It is a move that has to be made for the lives of these young girls that are being married off.