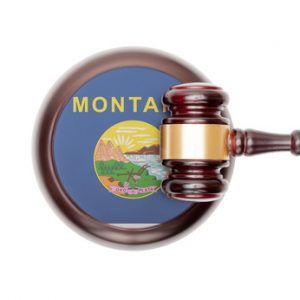 Montana has had some serious issues with police officers taking the property of its citizens when those citizens are prosecuted. Many citizens complain of being falsely charged with crimes, and then having their possessions taken by local police departments. That’s because current Montana laws allow police and prosecutors to seize property that’s expected to be connected with criminal activity. This essentially means that if you are caught committing a crime, the police can take your belongings and sell them off to generate money.

While seizing criminal property is a way that police officers stay on top of criminal organizations and ensure that they don’t become too lucrative through carefully purchased items or through hidden money, there are times when police officers take property from people that didn’t do anything wrong. In these instances, it’s important that the people have a way to appeal the decision and to get their stuff back. That’s why legal professionals have been considering giving these people the right to a trial when this type of scenario happens.

The Right to a Jury Trial

A law was recently passed in order to allow people the right to a jury trial for seized property. That means if you are suspected of a crime in Montana, and the police take items from your home, you can have a trial with a jury that determines whether or not the police department had the right to take your belongings. It’s an exciting law for many, and something that should help protect a lot of victims that were losing out on their possessions.

The Case that Led to the Decision

There was a high profile case in Jefferson County, where a man had more than 300 marijuana plants on his property. Upon arresting the man, the police were quick to seize his property as a preventative measure to keep more marijuana from being grown on the property. The man fought the decision and soon after a judge stated that the police department was allowed to keep the property due to the older law that states prosecutors can seize personal property that’s tied to criminal activity. The high court decided that it was unconstitutional for a judge to determine whether or not the police department could seize the land, and then decided to make it so that a trial with a jury was in charge of making that decision.

That’s where the new law came into place, and it’s why police departments will soon have to work harder to ensure that they seize criminal property only when it makes sense to do so.