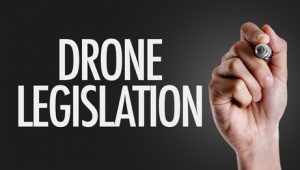 New rules are always coming about when it comes to drone use, for both commercial and residential purposes. The FAA was the organization that came up with these new rules in the hopes that things would help to regulate privacy and other issues that many are finding with the use of these drones inside the areas where there are businesses or households. Since the drones have cameras built into them, this was becoming a large issue with many of the people that would see them flying around their areas.

What Do the Rules Cover?

Previously, anyone that would want to use a drone for their personal or commercial use would have to gain a pilot’s license in order to do so. This was becoming an issue for many of the operators that would use them for various reasons, such as farmers or others. However, with the new rules, the operator of these drones would not have to get a pilot’s license, but they do have to register the devices with a special organization to ensure that they can keep track of the specific drones in the area.

Another rule is going to keep the operators of the drones from flying them during hours that are not regulated. Generally, the rules state the daylight hours are usually the only times that they can be flown. Twilight and midnight hours are not allowed.

Those that do not have a certificate for their drones have to fly with someone that has the certification to do so. This provides them with a way to be supervised while flying the drone in the immediate areas. Additionally, this also is something that has to be complied with, as well as followed by all operators of these drones since fines would be provided to those that do not.

They did put specific exceptions to the rules out there regarding the use of drones and having to register them. These exceptions only cover those that need the drones for important issues, such as medical or scientific research or those that have a written exception depending on their circumstances from the organization that provides the certifications. However, the new rules will benefit many other industries that use the drones for their own commercial use such as photography, construction and contracting, farmers and inspectors or land surveyors. These professionals will have more use of the drones and what they’re capable of doing within these hours.