No You Can’t Hunt with a UAS 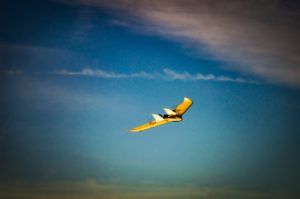 Unmanned Aircraft systems are very cool. They allow you to take pictures and scout out areas by air, and they allow you to do so at a very affordable rate. You don’t have to get your pilot’s license, you don’t have to rent a helicopter, you don’t have to man a hot air balloon. You simply have to pull out a small drone and fly it around your town to do all the surveillance that you want. It’s just that easy. Drones are also an effective tool for hunting and can be used to track down wildlife with ease. Unfortunately, some people are abusing the technology in order to find and hunt animals, and some states are beginning to catch on. West Virginia just recently made it illegal to rely on a drone while hunting.

Why Drones Are Excellent for Hunting
Drones work really well for hunting because they allow you to get a bird’s eye view of the forest and where animals are. In just a few moments you can go from sitting down on the ground to soaring up high in the air. Just moments after launching your drone you’ll know where that pack of deer is. You’ll be able to track down your prey much more effectively and an all-day hunting event might take just an hour or two instead.

Why West Virginians Can’t do it
Thanks to HB 2515 it’s completely illegal to hunt using a drone. That means that you can’t stand at the edge of the woods and fly your drone around to find deer, bears or other wildlife that you want to shoot. Instead you have to actually walk around looking for your prey, which makes things a bit more even. Since the law is put in place you have to be very careful about observing wildlife using drones. You can still do so, but only if you can make it very clear you have no intent of hunting those animals. The best way to do this is to not have a hunting license, and to make sure there are no firearms anywhere around you. As long as you are observing nature just to observe it you have nothing to worry about at all.

Hunting wildlife by drone may be a convenient solution and it might make it ridiculously easy to track down animals and shoot them, but it just isn’t legal in West Virginia, and we have a sneaking suspicion that the practice is going to be outlawed in other countries as well in the future.