Obeying the New Drone Laws – Is it Necessary? 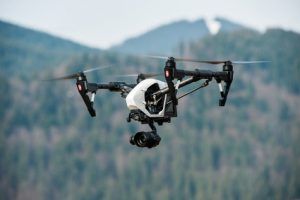 The newest drone laws that have come into light is now a part of the issue that so many have regarded the use of commercial and private drones. The laws state that there are only certain areas where they can be flown, and they have to be registered in order to be flown legally within the specific area that you live.

Flying them in areas where other aircraft are taking off, or landing is generally not allowed, as well as other areas where the drones might interfere with other parts of the specific area. This can be frowned upon and then generally the user would have to go through fines and court fees that are associated with having a drone flying in an unauthorized area or not having it registered with the correct department.

Since drones have been found to be intrusive, as well as dangerous to the other aircraft in the skies, it is important and necessary that these drone laws, rules and regulations be adhered to. This is essential to ensure that it weeds out any other problem areas, and that each drone can be accounted for when the time comes to find where they are and what they’re doing.

Many people find that going through these laws, rules and regulations is not necessary. They may not even consider it. However, this is not the issue. The issue is with those that have drones that absolutely need to be in order to comply with the safety and procedural guidelines as outlined by the Unmanned Aircraft System Registration Task Force Department. This is to keep everyone safe while flying in the air, including the drones that people use personally.

Whether or not you have to license and register yours requires that owner’s speaker with the proper people within the right department. This is to ensure that the drone is regulated by the right governing area that you live in.

As far as your drone, some do not have to be registered, depending on the type of drone that it is. This is something that you have to consider, since some are only licensed and can be used as small toys and not heavy duty aircraft that have to be registered. If you’re unsure of the licensing and registration that needs to be done, you should always consider speaking with the right department regarding the laws with the specific drone that you have.