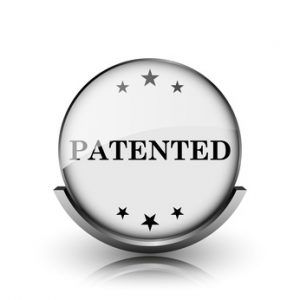 There was a time when patents were guarded as treasures and no competitor was ever going to get close enough for a peek.  In fact, enforcement of Intellectual Property (IP) laws became a big business and businesses were on the constant lookout for patent thieves.  However, there is a twist in the scenario now and we find big companies like Nokia Oyj and Ericsson AB selling their patents to smaller businesses.  So when a small company, say in Orlando wants a patent, it can hopefully look at these giants to see whether their castoffs fit.

There are reasons these giants no longer want to guard patents for old and commonplace technology, rather than keeping them under lock and key, have found a new lucrative use. The technology related to these patents may have become old, but not obsolete and many smaller businesses are still dealing with such technology. Meanwhile, the giants have made money with old technology and have moved on to futuristic developments. However, this is a win-win situation as the smaller companies can now sell “their” technology as a far superior one and still don’t get in the way of the giants.

While enforcement of IP laws is big business on one side of the coin, the other face shows companies selling and buying castoff patents. Thousands of patents have already been sold by Panasonic Corp. and Ericsson; many other companies are now catching up. Old patents have become the latest commodity in the market that can fetch big money, however, as always there is a catch in the story.

We find a growing number of companies waiting to buy these patents and then look for other companies with similar products. Then they pounce on the unsuspecting companies and file suits for “infringement of IP”.  All they want is a piece of the profit in the form of royalties and their day is made.

When such patents which no longer bring profits to the companies are sold, it helps compensate the millions spent in research and advertising. Plus, this also paves the way for the company to get away from an unproductive branch to a more lucrative option.

For example, Nokia is selling its unprofitable mobile unit to Microsoft Corp. What was unprofitable for Nokia has become advantageous for Microsoft and a new strategy for making money was born.  So the company in Orlando, which wants a patent, doesn’t need to hide away in some secret lab to generate one of a kind designs; they can play the patent market and purchase one that is ready to go.