On the Wrong Side of the Patent Law 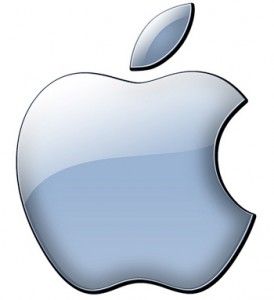 Patents are there to protect innovations and inventions so that the person or the company holding the patent has exclusive rights to enjoy the profits. In broader terms, we need to understand that there is “Intellectual Property” (IP) which refers to any creation of the mind and it can be tangible or intangible in form.  It was in 1883 that the concept of protecting creations of the mind came to be addressed in the “Paris Convention for the Protection of Industrial Property” and it is still under the administration of WIPO (World Intellectual Property Organization). However, it is only in recent years that we are seeing so many infringement issues related to IP.

You can see IP laws and regulations being enforced on all corners of the globe and certainly all across the country.  You can see companies in Oregon warring against companies in Orlando over patent issues and this has become a full time job for some companies.  You find many companies constantly making headlines, for all the wrong reasons, such as the recent issue of Apple losing an infringement case to a company in China.

The Shanghai-based company, Zhizhen noticed that Apple was using a voice recognition technology called Siri, very similar to its own and filed a suit in 2012. The First Intermediate Court in Beijing ruled in favor of Zhizhen’s patent. The patent involves the way in which voice is recognized and analyzed though the technology may differ.

Apple, however, claims that it had no idea about the patent held by Zhizhen and therefore, had no way of knowing that there could be infringement issues. Apple is no stranger to lawsuits and the very same Siri has locked horns with several other companies, namely Samsung and many others. However, we still see Siri going on strong and Apple has still not left the battlefield. The company informed Reuters that it will take the case to a higher court and at the same time, is willing to come to a peaceful agreement with Zhizhen out of court.

Back to the Basics

Now will be a good time to remind companies the reason why patent law was created in the first place, was to protect companies from having their innovations and creations stolen. For example, a patent law can prevent a company in Orlando from making and selling similar products and has the exclusive rights to the product. However, the term for a patent is 20 years and patent owners have to keep a sharp eye on the expiry date.