If you have a patent and you think a company or business is infringing on your patent, the USPTO will not police your patent. A little known fact is that individuals and business entities are responsible for enforcing their patent; a process that usually involves hiring an attorney. 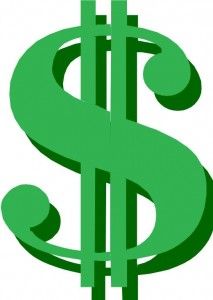 Before the court determines the damages that may be awarded for patent infringement, the court must determine if your patent is being utilized by the defending party. To be guilty of infringement, the defending party’s product or process must utilize every element or limitation in the claim for which infringement is being considered.  The claims define what the invention is and outline the scope of protection granted by the patent.

Typically, the court will use Lost Profits to determine compensatory damages. A determination of Lost Profits includes profits on lost sales as well as profits lost due to the effect of price erosion. Evaluating the value of a patent can sometimes be a tricky process because the patent does not provide a right of monopoly. The patent right granted is not a right to use but rather a right to exclude. Therefore, the extent and price of substitutes have to be considered when determining the Lost Profits.

When the court determines damages via a Reasonable Royalty calculation, the court evaluates the fee that a hypothetical licensee would pay to use the infringed patent. This fee may be computed based upon factors that include royalties received by the patentee, rates paid by the licensee for comparable products and the established profitability of the product made under the patent.