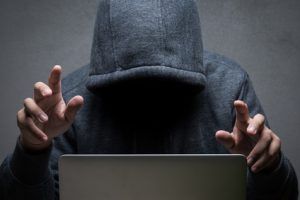 Piracy over the Internet today goes against intellectual property rights, I believe that most lawyers would agree with that. There have even been some lawsuits against individuals and large groups of people that share files that don’t belong to them over the Internet. Even though there is recognition that piracy is illegal and that people shouldn’t be doing it, there isn’t an effective way to stop it available in many countries. That’s because it’s so easy to spread these files around, and it’s nearly impossible to regulate the spread of these files.

Massive Losses to the Music and Film Industry
The actions of these pirates represent massive losses to both the music and film industry. Billions of dollars are being lost because people can simply get the content that they want without paying for it at all. The files can be duplicated for free, and then sent out to as many people as they want them to be. It’s easy to take a single copy of a song from a CD that was legally purchased, and then send a copy of the song to a million people who never paid for the song. That’s exactly how piracy works today, and it’s done in a way to keep many of the people involved entirely private as well, making it much more difficult to track and to put an end to it.

Reining in Piracy
There are plenty of organizations that are trying to figure out a way to get control of piracy of digital files, but it’s so prevalent that it’s difficult to figure out how to stop it. There are thousands of lawsuits surrounding piracy around the world, and some people are being sued substantial amounts of money in the process, but that isn’t stopping everyone else from continuing to pirate all these items. It makes it harder to make a living as a music or film artist, but not impossible. Musicians are relying on concerts and other special promotions now more than ever. They have to fill auditoriums with fans that want to see them live in order to earn some of the money that is lost through piracy.

Sure, plenty of people still buy CDs, DVDs and other items created by these professionals, but not nearly as many as there would have been without piracy.

Digital content piracy is a controversial issue in much of the world, but it’s something that doesn’t seem to be going anywhere and it will likely be around for quite a while still.