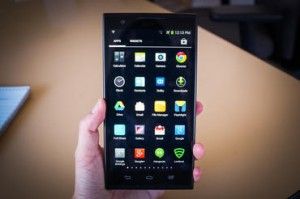 Have you ever invented something? If you have you might know what a patent is already. If you don’t already know hopefully your idea wasn’t stolen from you, or maybe you just haven’t had a chance to create the next big thing. Big companies in all sorts of sectors come up with big things. A better smartphone, a better phone camera – whatever the product may be they patent their concept and whoosh, the next big thing is right at their toes.

While the patent protects their idea and invention, it doesn’t stop someone from inventing something better that ties into the same product. Let’s use smartphone cameras as an example.

Recently, ZTE claimed that Huawei, a competing cell phone company, infringed on a couple of their patents that are related to smartphone cameras. ZTE has a plan to sue the other company saying that they used this unlicensed technology, owned by ZTE under patent protection.

If you own a Huawei Honor X2 you may be holding onto a phone that is causing havoc in the smartphone world. Huawei allegedly also used this technology on a second phone, the P8, which has only been recently unveiled.

Huawei’s retort to the allegations set for by ZTE is that the Slow Shutter and Capture, which is one of the two patents that ZTE claims ownership of, is actually a standard technique that is used in photography. They claim that it can be achieved by many different manufacturers using different methods. On top of that, Huawei stands by the fact that they have already applied for patents for the technology they used on these two particular phones.

With any luck they will find a way to resolve their conflict, but this is a great example of how the patent works. It is used to show who has the property rights to an invention. A patent will be given to an inventor that has a new and useful and invention, and it is good for 20 years after the date the patent application is filed. Patents within the United States come from the U.S. Patent and the Trademark Office.

A patent for a product or idea gives the holder the ability to keep others from making the same items, selling it or even using it if it hasn’t come directly from the person that invented it. It protects the inventor from losing their idea to someone else.  Only time will tell if the patent problem between these two companies is just a misunderstanding.