PPH: Timing Is Everything 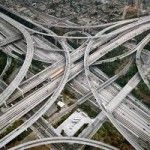 Generally speaking, the various Patent Prosecution Highway (PPH) programs in which the United States has participated since 2006 have all allowed patent applicants to use successful examination of a patent application in one jurisdiction to expedite examination of a related application in another jurisdiction.  However, despite improvements in usability after years of pilots, the rules for participation in PPH programs recognized around the world are not always easy to apply.

Say, for example, that an applicant has filed a utility patent application in the United States.  Within twelve (12) months, the applicant files a Patent Cooperation Treaty (PCT) application which claims priority to the U.S. application.  Substantive examination of the U.S. application begins and, unfortunately, does not go well.  After reaching no agreement with the Examiner through non-final and final Office Actions, the applicant has her attorneys file an appeal of the case with the Patent Trial and Appeal Board (PTAB).  Meanwhile, the PCT application enters the national stage in Australia and, during prosecution of that national stage entry, IP Australia (IPAU) notifies the applicant of acceptance (like “allowance” in the U.S.) of all claims.  Assume that all of the independent claims allowed through IPAU were amended during prosecution.  Question:  Can the granted Australian patent be used as a basis for a PPH request filed in the United States?

As of the posting of this blog article, the USPTO recognizes the PPH 2.0 pilot rules for interactions with IP Australia (note, however, the Global PPH is on the horizon).  Per existing rules, even if claims had not been amended during the national stage in Australia, the original U.S non-provisional application would not eligible to participate in the PPH in the U.S. based on allowable claims from IPAU because claims allowed in the office of second filing (OSF) cannot be used to request PPH participation for the application in the office of first filing (OFF).  Furthermore, the U.S. application would not be PPH eligible because substantive examination of that application in the U.S. had already begun (recall that the U.S. application has advanced past two Office Actions and into an appeal).

While the applicant’s non-provisional patent application is under appeal (e.g., prosecution is still pending), a common strategy for allowing the applicant a “second bite” of the prosecution “apple” is to file a continuing application that is cross-referenced to the parent application but contains a new set of claims.  The applicant should consider filing a continuation that includes new claims modeled very closely (or even exactly) to the claims allowed during the national stage in Australia.  Such a filing strategy should meet the key criteria for PPH 2.0, as the national stage application and the continuation share a common parent, and substantive examination of the continuation has not yet started when the PPH request is filed.