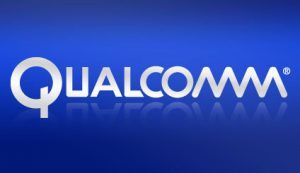 Qualcomm has a history of fighting with a Chinese company known as Meizu. This manufacturer of portable electronics is known for producing items without taking the time to acquire all the proper patent rights for the products that it creates. That’s why Qualcomm has taken legal action against the company many times, and it’s why Qualcomm has filed a complaint with the U.S. International Trade Commission against Meizu yet again.

Meizu has been caught making use of 3G or 4G technology without actually paying for rights to the patents that make this technology possible. Qualcomm has been able to successfully work out arrangements with more than 100 other companies, but Meizu reportedly would not settle or take any measures when pressed by Qualcomm to do so. This is a serious issue that Qualcomm wants resolved, but the company can’t rush the process and must deal with Meizu presumably wronging them until a court conclusion has been made.

While Qualcomm has many issues with Meizu that still have to be resolved, the company has issues of its own in China. The company was said by China to be engaging in monopolistic activities and trying to take over the entire smartphone market essentially by limiting technology as much as possible. In order to deal with the monopoly charges, Qualcomm had to pay a fee of $975 million overall.

Patent infringement cases often take quite a long time to sort out. Even though Qualcomm is going after Meizu for relying on its patented technology, there’s no resolution yet. Qualcomm is mad about Meizu skirting around the law, and there is really nothing that the company can do about it until a court decides what must be done. Until then, Meizu is free to keep producing smartphones and can do so using Qualcomm technology.

There isn’t always a resolution when it comes to patent cases, and many times the wait time is significant before a conclusion is made. That said, it’s likely that something will happen between Qualcomm and Meizu eventually, because the companies are quite large and Qualcomm isn’t going to give up anytime soon.