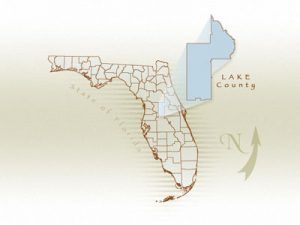 The Liberty Counsel, a conservative public interest law firm dedicated to what it states is “Christian religious liberty”, has filed suit against Lake County schools.  According to the filing, the Fellowship of Christian Athletes (FCA) has been denied the same type of rights that other non-curricular school clubs are given.  This includes announcements at school, a yearbook page, school publications and a page in the school website at Mt. Dora High School.  In addition to equal access, FCA is asking for $3000 in damages.

According to the Liberty Counsel, the damages are related to the fact that other non-curricular clubs have paid stipends to faculty advisors and the FCA’s faculty advisor has not been paid since 2009 only because the club is “religious.”

In recent news, the Lake County School Board recently waived a policy requiring no-sponsorship for the Key Club, a non-curricular club, and allowed teachers to travel with a club to a conference in Orlando. The Key Club has a school-hosted webpage and can have announcements read during the daily briefing. Their faculty advisor also receives a yearly stipend.  The Liberty Counsel states that this is one example of how the FCA is being treated in a discriminatory manner.

The Equal Access Act of 1984 requires that schools allow the same access for all non-curricular clubs and, with one exception, cannot discriminate against any particular club for any particular reason. The equal access ruling gives rights in regards to the use of school facilities and publications, including daily announcements and yearbook pages.  The only exception is when a club materially and substantially interferes with the educational activities the school is providing.

This is the second of two lawsuits the ACLU brought against Lake County Schools.  The first was at the end of the 2013 school year.  The school board temporarily allowed the GSA club to meet in the middle school for several weeks, but over the summer made changes to their policies banning non-curricular clubs at the middle school level.

Although both the ACLU case and the Liberty Counsel case seem to be very similar because they both reference the Equal Access Act, in reality one ruling would have little to do with the other.