Resolution of the NPX/Blackberry Case 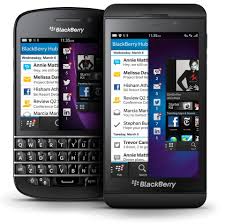 Several years ago, a company called NXP filed suit against Blackberry claiming that the phone company infringed upon six patents held by NXP, a semiconductor company based in the Netherlands and a spinoff of Phillips.  Although NXP dropped three of the charges, that still left three remaining charges that eventually got heard by a federal jury in the U.S. District Court, Middle District of Florida, Orlando Division.

In the lawsuit, NXP claimed that Blackberry (formerly known as Research in Motion) infringed upon their patents when it came to design elements, data transmission technologies and other features that exist in the Blackberry phone and also the PlayBook tablet.  However, jurors took less than 24 hours to render their verdict in favor of Blackberry. Patent attorneys for NXP have vowed to research their appeal options.   NXP was seeking unspecified damages, which included triple damages.

A representative for Blackberry commented that they are pleased with the verdict and “look forward to a time when technology companies will no longer be forced to spend huge amounts of time and money defending frivolous patent cases such as these, and instead invest their resources to drive innovation. Until then, we will vigorously defend our intellectual property rights and contest all meritless claims.”

This certainly doesn’t mean the end of litigation for Blackberry. John Chen, the new CEO, has shown a propensity for aggressively pursuing those infringing upon Blackberry’s patents as well as aggressively defending Blackberry from patent infringement cases.

Other Blackberry news include: