Settling a Civil Dispute before it goes to Court 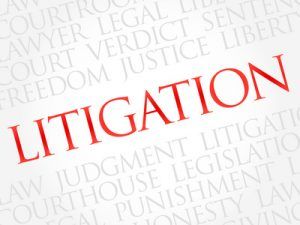 The process of settling a dispute between two parties is known as litigation.  When two parties have tried to reach a mutual solution to an agreed upon disagreement and cannot solve it on their own, they may bring their dispute to civil court.  This is most commonly known as suing someone, or bringing suit, a lawsuit, before the court for a judge or jury of peers to decide the outcome.  There are many benefits and not too many drawbacks to settling before the court date.

You will save a significant amount of money in legal fees and a freed up schedule.  Being involved in a civil dispute is stressful for both parties involved.  Having the matter wrapped up in the shortest amount of time reduces stress and also frees up assets.  It may mean compromising on some things, but going through mediation and arriving at a settlement allows life to go on.

When it comes to legal fees, if litigation does not go well and the judge sees that one party was being unreasonable in reaching a settlement without due cause, that party could be held liable for the other’s legal fees in addition to any settlement or restitution.  It doesn’t happen often, but in cases where the court’s time is being taken up by a frivolous suit, it has been known to happen.

Every effort should always be made to settle a civil dispute before any legal action is taken.  When the decision is made to hire an attorney, it may be that just filing the lawsuit will motivate the other party to reach a settlement quickly.  If the case were to make it before a judge, it would then be a public matter with anyone able to sit in on hearings and know your personal information.

There is only one main reason why it is not a good idea to settle outside of the court; if it would not benefit you or the circumstances do not leave room for compromise.  The guidance of an attorney should be taken into consideration when deciding to dig in your heels and go all the way.  A strong case that has a large interest in the public or cannot in good conscience be settled outside of court may need to gain the attention of the court.  But for the majority of all civil disputes, the benefits to settle before the case goes public far outweigh any benefits.  In fact, most cases needlessly go before a judge or jury.