So Many Rocks … So Little Time 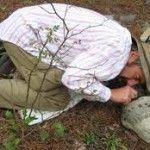 Your company has decided to conduct an audit to take inventory of its intellectual assets (IA), and has an idea of the level of abstraction at which it will identify those assets.  So where should the company start seining for IA information?  The following tips may be helpful.

Start At The Top

Audits are almost never organically-spawned, academic exercises, but instead are typically directed by executive management edict and conducted for a specific business purpose.  The person responsible for spearheading an intellectual asset (IA) audit should check first with the sponsoring executive to learn the rationale behind the project and the desired  “end game” of the effort.  For example, some recent (even active) legal action may have prompted the audit request, so the IA auditor must be prepared to tailor his focus to deliver precisely the litigation support the company needs.  Also, the executive in charge of the business unit to be audited typically has unique insight into the list of key players in the company from whom the auditor will likely need to glean information.  The auditor should get this list early so as to avoid wasting his time and that of others by talking to the wrong people during the audit process.

If the company can produce proof of intellectual property rights (IPR) recognized by the United States Patent and Trademark Office, or by some other domestic or foreign authority, that IP certainly goes on the auditor’s intellectual assets list.  Record of maintenance or annuity fees paid to any recognizing authority is a good clue that IPR may be in place.  However, the IA auditor should not content himself to review just formalities such as grants of patents and registrations of trademarks and copyrights.  For example, a closer look at the file history for a patent may uncover that the company claimed less than it had a right to claim in the patent.  Such potential IPR “left on the table” should be brought to the audit sponsor’s attention.  Also, a quick inspection of the company’s marking practices may reveal that the company is not properly marking its patented products, or not displaying trademark and/or copyright symbols where needed.

Where the IA auditor finds money changing hands, he will likely find an asset as the subject of that exchange.  Certain sales artifacts, such as license agreements (royalties change hands) or assignment documents (purchase price changes hands), may explicitly define the subject of those exchanges as intellectual assets.  Other sales artifacts may be more subtle.  For example, where the auditor finds product sales invoices and/or service contracts, there are likely intellectual assets such as product designs, service offering names, original creative expressions, and even customer contact information.  The auditor should also review the company’s marketing artifacts (e.g., advertising expenditures, sales literature, and website content) to ascertain what IA the company is trying to sell, even if it has not yet succeeded in doing so.

The IP auditor should assess the extent of the company’s rights to any IA created by its employees.  First, invention records such as engineering notebooks may help identify which company employees contribute as inventors.  For these employees, review signed employee agreements, paying particular attention to IP ownership and confidentiality clauses.  Also, look for any documentation of explicit transfer of ownership rights via execution of an assignment.  Finally, the IP auditor should check employee termination letters for language governing handling of trade secrets.

Artifacts that define a company’s relationships with external entities are possible sources of information on intangibles that the company considers intellectual assets. Nondisclosure agreements (NDA), for example, may identify specific information to be shared (and protected from further disclosure) by the signatories to the agreement.  Correspondence between entities regarding enforcement of ones purported IP rights against the other is a strong clue as to a company’s belief that it owns a particular intellectual asset.  Also, the fact that outside funding (e.g., industry, federal grant, sponsored research) was used during development of an intellectual asset should prompt the IA auditor to investigate the potential that the funding entity may retain some subset of the bundle of rights associated with that IP.

What a company commits time and money to communicating, both inside and outside the company, is an indicator that the subject of that communication is of value.  How a company communicates regarding its IA, and especially its trade secrets, can impact the extent to which those assets may be legally protected.  The IP auditor should inquire as to the means employed to publicize the details of an asset both outside the company (e.g., publications, seminars, and trade shows) and inside the company (e.g., in-house training, either formal or informal).  For intangibles that the company specifically identifies as not for public disclosure, the IP auditor should assess protection procedures in place, such as use of access controls (e.g., password protection, locked file storage), visitor controls (e.g., temporary badge procedures), and copy controls (e.g., shredding practices).

Whew!  With all these possible sources of input for an audit, the IA auditor needs to prioritize those which promise to best support the ends of the executive sponsor.  More on that next time.