So What Is The Big Deal With Patents?

Patent rights are derived from the U.S. Constitution.  Many people mistakenly call patents rights a monopoly, but that is not exactly accurate.  I will be posting a follow up article on this one that explains precisely why patents are not monopolies, and why it drives me completely nuts when people call them monopolies!  Patent rights are not a true monopoly, as the Government does not grant you a right to make something.  Instead, the right granted allows the patent holder to exclude others from making, using, selling or offering to sell the invention that is protected by the patent.  In most cases, that right lasts for 20 years from the date the application is filed.  This is applicable to utility patents, whereas design patents last for 14 years from the date of issuance.  For simplicity, I will not get into the patent term adjustments right now, but I will post an article soon about the importance of the patent term.

The patent system is intended to reward innovation.  Any inventor out there that has tried to bring their product to market knows how long it takes and the cost involved in bringing their invention to market.  Even the simplest of inventions can cost tens of thousands of dollars to bring to market – and that is being very conservative.  This is true when it comes to mechanical inventions, but especially true in the pharmaceutical industry.  We always hear critics that vilify the pharmaceutical companies and note that a particular drug should not be so expensive because it only costs a penny to make each pill.  That’s not exactly accurate.  Sure, the second pill (and the pills after that) only costs one penny to manufacture, but that first pill had a cost in the millions (and sometimes billions) in research and development costs.  An often-cited research study on the subject put the number north of $800 million in 2003.  Why shouldn’t an  inventor that has put forth the time to develop their invention be allowed to recover their costs and profit from their innovation without others merely copying them?  This is where I usually get into big arguments on twitter with the folks that think that all intellectual property should be abolished.  I promise to focus some serious attention on these people very soon! 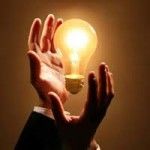 Back to the issue at hand – what happens if you do not reward the people that have innovated?  Easy – they stop innovating.  Why bother anymore?  Patents, when properly used, afford inventors the rights to develop their products, recover their costs and, if they put together a good business plan, profit from them.  Patent protection can prevent someone from profiting off of the hard work of the inventor.  Without patent protection, the inventor does not have a protectable right.  Patent protection provides inventors access to the courts to enforce their rights against an infringer.  Without a patent, there is nothing to stop someone from copying an invention and selling it as their own.  I do not mean to imply that there is no way to profit from your invention without a patent (that puts us more in the monopoly ring).  I only mean to say that without a patent, stopping someone that steals your invention and runs with it is nearly impossible.

Stay tuned for future posts when I discuss how patents can be improperly used and the different ways available to inventors to protect their inventions.