Statute of Limitations: Putting the Past to Rest 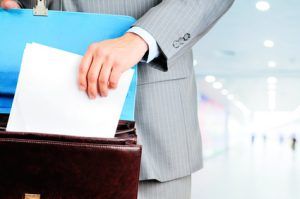 If you have ever done something that could expose you to civil liability—something like causing an accident, damaging someone else’s property, or breaking a contract into which you entered—you may spend a lot of time and energy worrying about whether you will ever be sued.

The good news—for you, not for the person you harmed—is that there is a concept in the law that people should only be able to bring a lawsuit for something for a certain amount of time after the fact.  This type of law is typically referred to as a statute of limitations.

What is a statute of limitations?

The second idea is that, as time passes by, it becomes more and more difficult to successfully determine what may or may not have happened in any given situation.  Witnesses tend to forget what happened as time goes on—or worse, they may begin to misremember the situation.  Likewise, situations change and it becomes more and more difficult to determine exactly what harm someone suffered from a given action—thus complicating the issue of damages.

If you have done something, and you are concerned that you may end up being sued for it, you may want to do some research and determine what the statute of limitations in your state is.  Doing so may bring you some much-needed peace of mind, and can help you “turn the page” on that particular part of your life.