Teachers Fight to Get Guns Outlawed at University 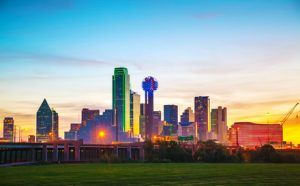 There’s a new law in Texas that will soon allow teachers and students to carry firearms in schools around the state. That means that people will be able to carry right into a campus or a university. Professors Mia Carter, Lisa Moore, and Jennifer Glass are all concerned about the new law and are working hard to try to keep students from being able to carry firearms into classes at the schools.

The three teachers put together the injunction after a student shooter in Dallas put on body armor, obtained an assault rifle, and attacked a University. The student managed to kill five law enforcement officers and injured another seven during his attack on the school. The teachers believe that the action of the student will help their case and possibly get the injunction pushed through, but experts aren’t as confident about that.

The professors all have a reason to not want students to carry firearms in the classroom. Every teacher is going to have upset students from time to time, and by allowing them to bring weapons along to the classroom, it’s possible that some of the disgruntled students will act just like the student did in Dallas.

It’s difficult to say exactly how a judge will decide to go in the case. The teachers are hopeful that a judge will at least consider making it illegal for students to conceal carry their firearms in a university setting, but the case hasn’t gone to trial yet so the ruling is still out.

A strong argument against banning guns in a University setting is that most of the law-abiding students wouldn’t be using their guns in a devious way anyway, and the students that are angry enough to shoot someone probably won’t care about what the laws say that they can or cannot do.

Until the case goes through successfully, students will be able to continue carrying their firearms to school all throughout Texas. Texas is one of the freest states when it comes to firearm laws, and that’s why so many people own firearms throughout the state. Many legal experts in Texas doubt that laws will be released disallowing students to carry at University locations. That’s because the laws clearly make it legal, and it’s difficult to change laws that are plain without a really strong reason.