The fight over the Wizard of Oz 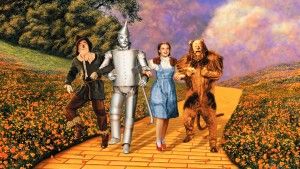 The Wizard of Oz is one of the most well-known stories around.  Dorothy and Toto are known to many generations throughout the world.  It’s difficult to imagine, but The Wizard of Oz was once the center of a trademark battle in court.

The story “The Wonderful Wizard of OZ” was written by L. Frank Baum in 1899.  With a book being written that long ago, you would think that anyone who wanted to make a movie about this book would be able to.  There is a complication in the fact that Warner Bros. owns the “Wizard of Oz” movie that was filmed in 1939.  In 2012, two mega studios both decided to trademark the name of their new film, which incidentally, was based on “The Wonderful Wizard of Oz”.  Warner Bros filed for a trademark on their new venture, “The Great and Powerful Oz”.  They file for this trademark just a week after Disney filed for their trademark for “Oz, The Great and Powerful”.

How did this play out?  The United States Trademark Office put off the Warner Bros registration request due to Disney applying first.  This is not where this ends, however.  Appeals were made and there was increased activity in the Trademark Office.  Warner Bros is particularly protective about its ownership of the “Wizard of Oz”.  This legal battle with Disney isn’t the first battle with Warner Bros. has filed regarding the “Wizard of Oz”.  They took on a restaurant named “Wicked ‘Wiches Wickedly Delicious Sandwiches,” a line of clothing called “Wizard of Azz,” and a book titled, “If I Only Had A Brain,” to name a few.

The Disney movie, “Oz, The Great and Powerful”, is actually a prequel to the 1939 movie owned by Warner Bros.  This movie has been developed from the book by L. Frank Baum.  In allowing Disney to proceed with their venture, The United States Trademark Office and Warner Bros will be paying particular attention to what Disney includes in their movie.  Details and embellishments from the original film are not allowed to be included in Disney’s version.  Although some aspects, like the yellow brick road are in the movie, they must not be the same.  Disney’s version shows the yellow brick road in a different configuration and it has more of a dark feeling.

The lesson from this is to file for a trademark as soon as you know you are going to need one.