The Latest in Video Piracy 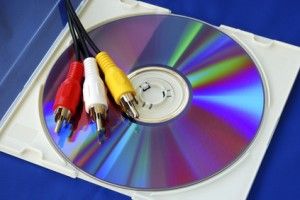 To date, the Hobbit trilogy cost an estimated 560 million dollars to make and has so far grossed over 3 billion worldwide.  With this amount of money at stake, it’s no wonder that the Hollywood production companies carefully guard their rights to everything related to the movie.  Unfortunately, as soon as “The Hobbit: There and Back Again” is released (est date Dec 2014), there will people who will do their best to circumvent the production companies rights and will engage in what’s known as piracy.

Piracy could mean anything from sneaking a video camera into the movies to record a personal copy, to stealing, selling or purchasing unauthorized copies. Any monies made from pirated movies go the “pirates” or to those who engage in illegal selling of the material.  Hollywood certainly does not like this and does its best to stop piracy any way they can.

In order to catch pirates, production companies have historically gotten creative.  They put a “fake” movie file online and make it available to illegally download.  They will then record the technical details about who downloads the file and, using the IP addresses, will file one mass lawsuit against multiple defendants.  They claim they can file against multiple defendants because movie sharing sites, using technology known as bittorrent networking (aka torrent), work by linking one user directly to another, thereby creating a conspiracy.

In December of 2013, federal Judge Stephanie Rose made a ruling in an Iowa courtroom that movie production companies will no longer be able to file this type of multiple-defendant lawsuit and must file each suit individually.  The movie companies can capture the IP address as well as what is known as a “swarm” or session identifier. The judge has ruled that this ID is too imprecise to be able to prove conspiracy.  In basic language, the production company cannot prove, based upon the standards of a court of law, that one specific user is actually connecting to another specific user or group of users to transfer the movie illegally.

In many cases, the production companies only have an IP address as evidence.  Their first move upon filing the lawsuit is to get more information from the internet provider as to whose account has been using that IP address.  In January 2014, Washington District Judge Robert Lasnik, has ruled that an IP address alone does not clearly identify a specific person and is not enough to prove guilt.  So – even though the production can prove that someone using that IP address engaged in piracy, without further evidence as to the specific individual involved, there is nothing to prosecute.

Even though this is quite a blow to the production companies, it is doubtful that the companies will curtail their activities to end piracy once and for all.