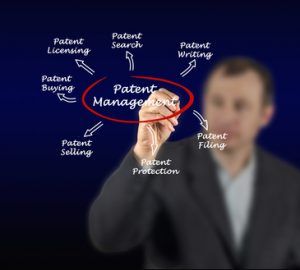 If you have an excellent idea that you would like to try and make an invention out of, it’s important that you take the time to patent it before making it known to a bunch of other people. That’s because that idea is only recognized as yours if you have a legal patent for it.

The Filing Process
To obtain a patent you have to complete a filing application that explains what your idea is and how it works. You have to show what the point of the invention is and how it is different from what already exists. If you have a new enough idea and you can show that it works, or at least explain how it should work, you should be able to obtain a patent for that idea. This is the process that you will have to go through for any of your new ideas you want protected.

After you file for the patent, you’ll have to submit an application fee for the government to take a look at that patent. You’ll pay if the patent is accepted as yours as well. Then after you obtain the patent you are free to license your idea out to companies, to create products of your own, or to make use of the idea in any way that you please. You can even give it away if you like.

Get a Patent in Every Country
It’s important to realize that you have to file for a patent in every country that you want to be recognized in as the inventor of that technology. In other words, you’ll have to have an attorney that knows how to file for patents in China, Japan, Germany, the UK, Russia and anywhere else in the world that you want protection for your creation.

It Will Run Out
Even if you go through all the steps to obtain a patent, it doesn’t mean that you’ll be in charge of that technology for the rest of your life. Instead, you get just 20 years to control the technology and claim it as your own. During that time, you should be able to make a substantial amount of money off it as long as it’s suitably popular and useful. Once that period is over, people no longer have to pay for the patent and the idea can be used freely by everyone.
Patents are important and something that every inventor should know about in order to protect his or her ideas.