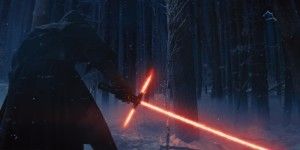 Here is it 2016 and everything is Star Wars.  There are Star Wars clothing items, Star Wars phone cases, Star Wars shaped pancakes and Star Wars home accessories.  It’s crazy!  It’s hard to believe this popular movie has been a part of our culture for 39 years.  Most people who say the original in theaters when it was released can still remember that experience like it was yesterday.   This movie was a combination of humor, action and science fiction all perfectly blended together.

George Lucas had a hit on his hands and the fervor continues to this day.  The characters in each Star Wars movie are beloved to the audience.  The movie’s lines are quoted by many.  You know you’ve all heard, “Luke, I am your father” (this was actually “No, I am your father”).  Just think of some of the iconic characters we’ve known from these movies.  There’s Luke, Hans Solo, Chewbacca, R2D2, C3PO, Darth Vader, Princess Leia, Yoda, the Ewoks and the list goes on and on.  It’s truly amazing that a film series has been so embraced as the Star Wars films.

So it should come as no surprise that George Lucas would want the positive vibe of his movies to continue.  That is why he found himself in court in 1985 against the Committee for Strong, Peaceful America and High Frontier.  Both of these organizations were public interest groups.  These groups started using the term “Star Wars program” in reference to President Ronald Reagan’s Strategic Defensive Initiative (SDI).  The use of this term now brought to mind anti-missile weapons instead of those beloved Lucas creations and this didn’t sit well with Mr. Lucas.

Lucasfilm LTD did have a trademark for Star Wars.  This didn’t stop the court from ruling against Lusacfilm LTD in favor of the public interest groups.  The judge ruled that as long as a product or service wasn’t attached to their use of the term, it could be used.  It is no different calling a man who refuses to act his age, Peter Pan.  Fictional authors have frequently seen their terminology used to describe reality.

George Lucas really had nothing to worry about.  Not many people are talking about President Reagan’s Strategic Defensive Initiative these days.  But you can’t go anywhere without seeing one of the Star Wars characters.  With the new movie just released in theaters, the force continues to be with him.