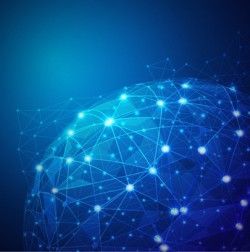 Questions start to pop up at a rapid pace:  Will my US trademark be protected in countries such as Spain or Canada?  Will I get proper remuneration for the use of my trademark?  If I don’t, what is my recourse in a country such as Brazil?  Is it different from my recourse in Japan?

There are two primary agreements that govern global trademark protocols.  These are the Madrid Protocol and the Paris Convention.

Madrid Protocol: This protocol – officially called The Protocol Relating to the Madrid Agreement Concerning the International Registration of Marks – provides a way for a trademark owner to register his trademark in multiple countries with one registry application.  The applications are administered in Switzerland by The International Bureau of the World Intellectual Property Organization.  There are currently 91 member countries which belong to the Madrid agreement.  The United States joined in 2003.  Tunisia is the latest member to join having joined July 16th, 2013.

The process is relatively simple.  Once a person completes a basic application for registry in the US, he can then submit an international application providing he meets some minimum criteria.  The initial cost is minimal and the application can be completed electronically.

Conventional wisdom holds that the most important protocol relates to what’s known as priority.  For example, the date that someone initially files the patent will be considered the initial filing date for all international applications made within the 12 month period following the initial application.  This allows patent holders some time to create their international applications without losing their original filing date or having their patent stolen by someone in another country.

Another important Paris Convention protocol is what’s known as “national treatment.”  This means that a US patent holder will be given the same rights as a native patent holder when filing claims or asserting intellectual property rights in that native person’s country.  Basically all rights are the same for citizens and non-citizens alike for members of the Paris Convention.