Yet another part of the America Invents Act are Third Party Submission of Prior Art.  This presents the opportunity for ex parte participation in the form of introducing prior art to be considered by the examiner in a pending application.  This adds another tool in the arsenal of options for a party considering an adverse patent application that may, one day issue as a patent.  However, due to limitations in the amount of involvement by the submitting party, the decision to make a Third Party Submission should only be made after due consideration.

The mechanics of Third Party Submissions (TPS) have a few tricky points.  First, the timeliness of a submission has a few kinks. A TPS must be submitted within two months of the publication of the application or prior to the mailing of a notice of allowance, whichever is earlier.  Additionally, may have a fee associated with it.  If the person/entity submitting the TPS has not submitted one before, and if there are three or fewer references included in the submission, there is no fee; if there are four to ten references, or the submitter has filed a TPS for the associated application previously, there is a $180 fee.  Moreover, if there are more than ten references, the next set of ten references has a fee of $180, and so on.  Finally, the submitting party must include a list of the references, the publication date of said references, a brief statement of the relevance of the reference, a copy of at least the pertinent portions, and an English translation where necessary. 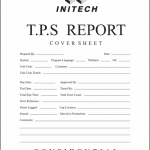 Don’t Forget a Cover Sheet On Your TPS

This is an excellent, low cost tool for someone who has become aware of a pending application and its impact on their own interests.  What’s more, in this age of patents being issued where public consensus is that the claimed invention is obvious, someone willing to put some skin in the game has a meaningful opportunity to voice that sentiment, provided they can base their contention on more than just rhetoric.  A viable strategy is to monitor newly-published applications either in a particular technology field or, when the enemy is known, any applications listing a particular company as the assignee or a particular inventor.  If an application that is germane to your interests comes along, you can conduct a prior art search of your own, separate from the search that will be conducted by the examiner, to make sure no stone goes unturned (or at least fewer).  If a useful piece of prior art comes up, you can make sure that reference gets the examiner’s attention.

The fee for this submission is quite low, especially compared to the newly increased fee for a reexamination request.  However, the advantage of a reduced fee comes at a cost, namely the reduced amount of involvement.  With a TPS, after making the statement of relevance (which is not supposed to include argument), everything is left in the hands of the examiner.  Moreover, when compared to litigation, TPS offers relatively little leverage for the submitting party to influencing the examiner aside from making sure certain pieces of prior art gets put in front of them.  As such, the decision to submit references in a TPS should only be done after carefully considering the other options, such as reexamination and litigation, as once a reference has been considered by an examiner, it it highly unlikely a judge in a subsequent litigation on the resulting patent will consider any argument regarding that same reference.