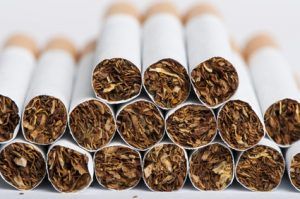 In the 1950’s, after years of being declared that smoking is safe and even healthy, scientific studies were published that proved once and for all, that a link existed between cigarette smoking and cancer.  At that time, the lawsuits started.  Tobacco companies were being sued regarding product liability, negligence and even fraud.  You would think that after a more than 60 year time span, the lawsuits would be over.  But they’re not.

The tobacco companies fought back hard in those early lawsuits and pretty much won the battle.  Since scientific studies showing a link between tobacco and cancer were pretty new, there was no direct cause-and-effect established. The companies stated that smoking was safe and that cancer was not caused by tobacco, but by other issues.  And, if there is a higher risk of cancer for smokers then smokers assumed that risk on themselves when they purchased the tobacco.

The next waves of lawsuits

Several new rounds of lawsuits were filed again in the 1980s and 1990s. During the 1980s several families alleged that tobacco companies knew that tobacco was addictive and caused cancer and did not warn consumers of the risk.  However, there was no real evidence against the tobacco companies and the plaintiff’s lawsuits were largely unsuccessful.

Following the successful lawsuits, tobacco companies have made major changes.  They are extremely restricted regarding advertising and they pay a large amount of money to the states to help offset costs of healthcare.