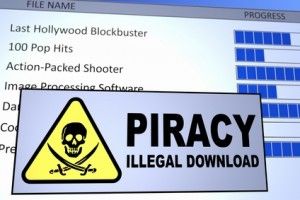 Protection against unfair competition is an area of Intellectual property that is not as well-known as copyrights or patents. This is an area that has been under some sort of protection within contracts and agreements for well over a century, but the reasoning for it being part of intellectual property is not generally as obvious to people as the other types of intellectual property. A perfect example of this would be protection against those ‘knock offs’ that pass themselves off as the originals. It is not meant to put a stop to normal competition in the retail market.

An example that demonstrates the rationale of this protection of “knock offs” is in circumstances where companies hawk products that are packaged and marketed exactly like those products of another brand, but their product is of inferior quality or actually does not function. When fake flash drives with bogus capabilities are sold to consumers through eBay or Amazon.com, the original company manufacturing their own quality product, such as SONY or Kingston, can be hurt economically by the poor quality of products passed off as being manufactured by the well-known company.  Coach has had many sell “knock offs” of their famous bags.  The consumer soon realizes their error in not realizing the deal was too good to be true.  They are now stuck with an inferior bag.

This idea is somewhat unclear and referred to differently in other various countries, as an honest trade practice, or good morals, the principles of honesty and fair dealing or the morals of the marketplace. The common areas which are most impacted by this type of counterfeiting include; manufacturing of consumer goods, software piracy, technological devices of different types and drugs produced by pharmaceutical companies. An organization called Stopfakes.gov is a great resource for reporting the theft or misuse of intellectual property in the United States. There is also a program, Strategy Targeting Organized Piracy (STOP!).  They are easily accessed through their website or on their HOTLINE: 1-866-999-HALT (1-866-999-4258).