Both utility and design patents are put in place to protect companies and individuals from having their work stolen and copied by competitors.  What happens though when a competitor infringes on the design and utility patents of another?  A perfect example of this can be demonstrated in the currently ongoing trial between Apple and Samsung. 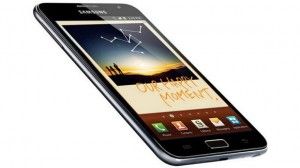 In a recent battle between Apple and Samsung, Apple is claiming that Samsung’s smartphone and Galaxy Note 8.0 Mini infringe upon their design and utility patents for the iPhone and iPad.  Apple believes their search feature technology was copied by Samsung.  They also believe the design of Samsung’s smartphone too closely resembles their own iPhone and are afraid it is causing consumer confusion.

Samsung doesn’t deny the similarities between their products and Apple’s, but simply states the function will dictate the form of the product.  Their main legal counsel spokesman, Charles Verthoeven, further stated Apple can’t patent a “rectangle with rounded corners”.  In his logic he compares the smartphone to the television.  Televisions no matter the manufacturer were all tube shaped in design and are now all flat screened.  With the television, function determined the natural course of the physical shape of the television.  Manufacturers all designed according.  He reasons that smartphones are no different.

It will be interesting to see if Samsung wins the argument that the design of a smartphone is determined by function.  Could then the design patent be trumped by utility?