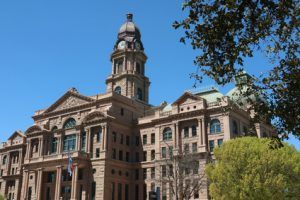 The Watch Dog Group, known throughout the Internet, has stated that the family justice system in Fort Worth is being unethical and doing many illegal activities. The family law attorneys are now fighting back and placing the blame on the website due to these posts that they’re putting out on their social media pages for everyone to see. They are alleging slander and libel from the group that so many know, stating that they’re not in the courtrooms, so they do not actually know what is happening. By them post this information on the Internet, it is invading the privacy of not only the legal system, but for those families that come to them for the help that they need.

The attorneys are saying that they’re making these false allegations through the web without any hard evidence to back their case up. They are spreading lies and rumors about the company and what they’ve done in the past, tarnishing their reputations and names. These malicious comments are coming without any reasons or warnings, and causing a lot of issues within the courtrooms for the cases that they’re currently running.

The group is stating that the attorneys forge or destroy state social services records in order to gain awareness and win their cases in court. Additionally, they’re also stating that they charge more for their services over others, and this is done in an illegal manner. Additional money is coming from others that are paying them off to provide these duties, so that they can win within the courtroom, causing a lot of uproar with their clients.

Whether or not this is true information, the courts will tell, but the attorneys are stating that this is all slander that has no evidence and no reason for the group to be stating it throughout the world. This is going to change with time, and allow both parties to be heard within a courtroom, depending on what side they’re trying to argue. As for any evidence, they’re both going to have to come up with something to show the judge within the room, since this is currently just a lot of hearsay when it comes to who is doing what, where.

The trial has no set time and date as of yet, but it will be posted soon and provide you with the updates needed to find out who is going to come out the winner.