What if Your Neighbor Got a Drone for Christmas? 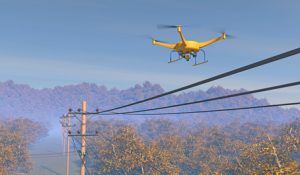 When it comes to flying a drone, there are many rules and regulations that come with them. Not only that, but when your neighbor has one; do you really want it flying over your home or recording the ins and outs of the home that you own and the family that you have?

One of the biggest legal examples that happened was when a man received a drone for Christmas. He flew it around the neighborhood, over the houses and then brought it back. However, one of the neighbors did not enjoy seeing it fly around the top of his house. He wanted it to be removed from the area and his home. He got his shotgun out and took matters into his own hands when he was going to shoot at the drone that was in the area.

However, he did not shoot it, but threatened to if they decided to fly it over by his property again. The two men disagreed, fought and tried to find a resolution for the scenario.

As far as the law goes, however, this is something that is up for debate. There are currently no laws that state that these drones cannot or should not be flown over a residential area or over neighbors’ homes. This should be taken as a common courtesy to ensure that it is something that you speak with your neighbors to find out how they feel about it.

There are common laws, rules and regulations that state that these drones cannot be flown over restricted areas, or have to be registered, however. These have to be adhered to in the best manner possible to avoid fines and other issues that can come about, depending on the type of drone that you have. Whether or not you want the drones flying over your home is definitely something you have to consider on a case by case basis, since every area, home and neighbor is different.

For more legal info on UAS laws and proposed new rules check out this youtube video.