What in the world is China doing? 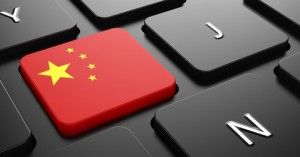 Protecting your rights in another country means following the process and filing the proper paperwork in the other country.  In some instances, the process is not so different from the process followed in the United States.  However, in countries such as China, there are certainly unique challenges that face us.

Why is China different?

Whereas, in the United States, we grant individuals rights to their own work not only as a basic right, but also in order to help encourage innovation.  In addition, our culture here is very individualistic-based – individuals own property and individuals create.

China has a long history of basically ignoring people’s international property rights.  From a US perspective, China is co-opting other people’s ideas without providing remuneration in order to add money and assets to the government’s coffers.  Yet the history of China is a little more complex than simply asset-building.

Even in ancient China, creative works were viewed as being owned by the Emperor and then, by default, all of the people.  It wasn’t until 835 A.D. that individual rights protecting unauthorized copying of goods were even defined.  However, based on the cultural notions of the Chinese people, copying was truly the sincerest form of flattery, but the owner of the creative work must agree to it being copied.

As international trade developed in the late 1800’s, China began to create intellectual property agreements with the nations that it traded goods with.  However, these laws were never really enforced, especially when it came to foreign right violations.

All individual property rules and laws were redacted during the Cultural Revolution and Maoist China.  Starting in the 1980’s, intellectual property rights were slowly granted back to the people and as trade increased, international treaties became the norm.

One of the major issues when doing any type of trade with China is that their laws related to intellectual property rights were vastly different from those in the Western world.  Because of the lack of rights, it’s been rather risky to do business in China and there is very little recourse should someone in China be using your trademark, logo or copying your creative work.  In the beginning of November, China announced that it finally opened up a new court in Beijing to handle intellectual property lawsuits.  It’s done not only to protect individual rights, but also to encourage new industries and companies to set up shop in China without fear of assets being stolen.