What is a Certificate of Occupancy and do you need one? 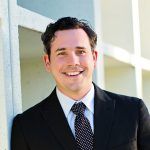 A CO will typically not be given unless certain items have been completed.  Life safety systems such as fire suppression systems, exit signs, etc. usually have to be completed as do the majority of structural components, including items such as handrails.  The local jurisdiction will often require additional specific items to be completed.  For instance, the City of Melbourne, Florida Code Compliance Division requires a final survey or as-built to be submitted for both residential and commercial projects.  It also requires various drawings and other items depending on the type of project and whether it is residential or commercial.

A CO, just like a permit, is not always necessary.  Depending on the type of work being done and whether it is new construction or remodeling can make a significant difference, but ultimately, it will depend on the local jurisdiction.  Usually a CO is not necessary in minor remodeling, but it is  almost always required for new construction even if no one will be occupying the structure for any significant period of time, i.e., the building is a storage facility.  Since obtaining a CO is often a precursor to final payment, failure to get a CO can often lead to financial problems.  If you have difficulty receiving a CO or if you have received one, but are still not able to get other permits necessary to complete the project, it may be necessary to discuss the possible repercussions and solutions with an attorney.