What is a trade secret? 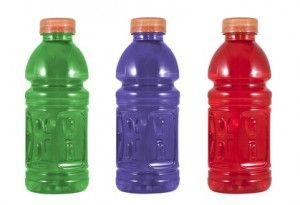 Special sauces, secret ingredients, secret inner workings, special ways to train employees; we come in contact with products and brands that have these trade secrets every day.  These trade secrets are what make that product so special.  Have you ever wondered how a company legally protects those trade secrets?  In almost all states, a trade secret consists of any of many things; formulas, a pattern, a physical device, or idea, a process or compilation of any information that gives the owner of that information a competitive edge in the market place and also is protected in such a way that will reasonably prevent any competitors or the general public from learning the details about it, barring theft.

Some of our most popular products have trade secrets.  One example would be an energy or sports drink.  The maker of that drink wouldn’t like the formula known to competitors.  Recipes for famous dishes are protected as well.  Kentucky Fried Chicken and Coca Cola have famously kept their secret recipes under lock and key for many years.  Many have attempted to duplicate recipes that have trade secrets.  We all know people who have tried to make Mrs. Fields chocolate chip cookies or a version of a Twinkie or that awesome coating on Kentucky Fried Chicken.  Some may come close, but none has attained perfection.

There are other examples that are not so obvious.  When pollsters take surveys they do so by using methods only known to each polling group.  Or the way a new brand is being effectively marketed.  There are trade secrets in manufacturing techniques and computer algorithms.  Keeping the extra special thing that makes them such a success is imperative to the company’s existence.