What is an Open Patent? 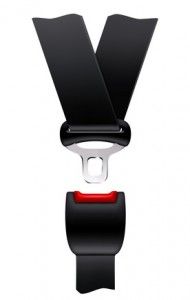 In 1959, Volvo came out with the three-point seat belt, a seat belt designed by Swedish Engineer Nils Bohlin.  Bohlin wanted to design a seat belt that could prevent whiplash and deaths.  His design is considered an industrial design which was patented as such in 1962.  Seven years later Volvo decided to offer Bohlin’s seat belt design for free under an open patent.  Their decision to release the three point seat belt patent is estimated to have saved over a million lives since being invented.

This is a wonderful example of an open patent working to benefit the greater good.  What exactly is an open patent and how does it work?  An open patent is a patent that is freely shared with others under a copyleft-like license.  Under an open patent, other companies and individuals are free to use the patent, but most times must pay a licensing fee to use the patent.  Normally patents are obtained to protect the author’s work from being used for copying and reproducing.  However, with the open patent author’s are willing to share their work and even encourage adaptation of their existing work.  In exchange, if another author were to improve upon the design of the open patent, then this author’s work would also be bound to the same licensing agreement and this new patent improvement would be made available to original author of open patent.

With the consumer demand for technology to be compatible with other software applications and programs, software companies are using open patent agreements regularly for the greater good of improving technology and staying profitable.  Recently, though some technology companies are not playing nicely with each other.  In the past year, lawsuits have popped up between Apple and Google and most recently Apple and Samsung over patent infringement battles.  It will be interesting to see how open patents will work in the future as more disputes arise.