What is Criminal Procedure? 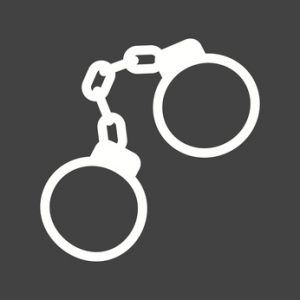 To maintain order and justice, the legal system has procedures in place.  There are two types of procedures, criminal and civil.  Criminal procedure involves the set of rules and laws that govern the process of bringing charges against a person or entity and the defense of the prosecuted.  Basically, it is the way the judicial system carries out criminal law and can be broken down into 4 phases.

Each phase varies in length and is dependent upon many factors.  It is impossible to determine how long your case may take.  Each phase depends on many things such as length of the docket, schedules of attorneys, length of the trial, and just having a complex case can take more time.  But here are the basic four phases your case will move through.

–          Accusation and Investigation:  This is the time the charges are brought forth by the police and the gathering of evidence begins.  This is the time judges may issue search warrants and warrants for the defendant’s arrest if they are not already in custody.

–          Pre-Trial: This is the time the defendant has to build their defense and should they choose to motion for a plea bargain.  Cases have the opportunity to end at this phase to avoid a costly trial or to take leniency in penalty.  Some cases are also dismissed at this point.

–          The Trial: This aspect of criminal procedure involves presenting evidence and examining witnesses.  A jury of peers is in the court room.  They are used in accordance to the U.S. Constitution to resolve cases and may be resolved in a day or they could drag on for many months or even longer. There are many stages within the trial period and include: arraignment, preliminary hearing, pre-trial hearing, and then trial, beginning with opening statements and ending in closing arguments.

–          Sentencing: At this time, the verdict is issued by the jury and sentencing is carried out by the judge.  Penalties vary greatly upon the degree of sentencing.  There may be a separate court hearing to determine sentencing penalties after the verdict of guilty is handed down.  This is most often the case when serious charges are being settled and a high level of prudence is required.  It is also the time when an appeal can be filed to move the case to a higher court.

A defense attorney will represent you through each step of the complex and often intimidating legal system.