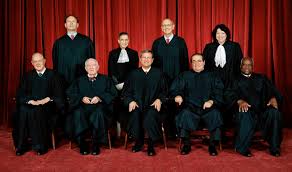 In the past few years, the Supreme Court of the United States has been addressing the basic fundamentals of patent law, something many patent attorneys have welcomed. During this time, they have dealt with and further defined case law that was used by the so-called “patent trolls” to abuse the system and win large judgments or settlements.

These patent-trolls gain rights to new and existing patents not to build a product or provide a service, but instead to bring lawsuits requesting exorbitant payoff amounts.  They may take a vaguely worded patent and bring multiple lawsuits against anyone who they consider might be violating the patent.  These lawsuits often have very little solid evidence backing them and are usually considered abusive or frivolous.  The end game for the patent-troll is earning money from the lawsuit.

The first case under discussion is Nautilus Inc. v. Biosig Instruments Inc.  In this case, Biosig Instruments sued Nautlius Inc related to a heart rate monitor Nautilus used on its exercise machine.  This heart monitor is designed to provide a more accurate heart rate reading due to its ability to ignore external non-heart related signals. Although Nautilus won in the lower courts, Biosig ended up winning the appeal.

The central issue and what the Supreme Court addressed was the issue of how “ambiguous” a patent must be before it is considered invalid.  The appeals court ruled for Biosig Instruments, Inc because the patent itself was not considered “insolubly ambiguous”, a standard that has been held since the early 1940’s.  However, the Supreme Court stated that the standard should be that the language within the patent should be clear and definitive enough that a person within the field of invention could understand it with “reasonable certainty.”  This raises the standard for a clear definition of the patented product.

The second case is Limelight Networks Inc. v. Akamai Technologies Inc.  In 2006 Akami sued Limelight over a content delivery process.  What made this case unique is that Akami did not accuse Limelight of stealing the patented process.  Instead, they accused Limelight of stealing only a few vital steps of the patented process.  Although the appeals court ruled for Akamai, the Supreme Court disagreed with Justice Alito stating “A method patent claims a number of steps; under this Court’s case law, the patent is not infringed unless all the steps are carried out.” Generally speaking, this means that the patent is either fully infringed or not infringed at all.

Both cases were sent back to the appeals court for review.

In both cases, the Supreme Court helped to clarify and further define older patent laws that were created long before the advent of modern technology.  These older laws were often used by the patent trolls to bring large, often unfounded, lawsuits against other businesses based upon vague wording within the patent.  By making the rulings as it did, the Supreme Court took a firm stand that patents must not be overly vague and that simply copying a few vital steps does not equal an infringement.