When Just the Right Word is Needed 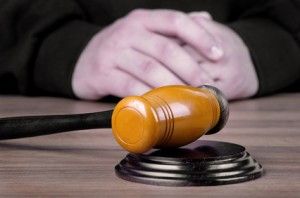 In February, 2014, the Supreme Court addressed an issue relating to the number of abusive lawsuits presented by patent trolls.  Patent trolls are those who purchase patents not to make use of them, but to find instances where they can file suit.  They “troll” around looking for new technologies or new products in the hopes of discovering anything that might be infringing upon their patent and will immediately file suit in the hopes of gaining substantial monies either in terms of a settlement or an award.  Some patent trolls also use these patents in order to stop new entrants to the market, thereby limiting competitors with whom they have to compete

In 2010 a company called ICON filed suit against Octane Fitness.  Both companies manufacture and sell fitness equipment.  In the lawsuit, ICON alleged that Octane Fitness was infringing upon ICON’s patent relating to the design of elliptical machines.  In the end, it was determined that Octane Fitness did not infringe upon the patent, but the lawsuit resulted in Octane having to spend approximately 1.3 million dollars to defend itself.  Because of the high attorney fees and stating that ICON acted abusively and out of a desire to stop new entrants to the market, Octane asked the courts to award them the 1.3 million in attorney fees as reimbursement.  Federal law does allow attorney fee reimbursement in “exceptional cases.”

The Supreme Court spent considerable time debating the “adjectives” that could be used to better describe which cases should be awarded this legal fee shifting.  Some of these adjectives included:

In any case, the concern was that should ICON win their reimbursement suit, the adjectives used by the justices would have to be interpreted by other courts throughout the US.  In discussing these adjectives, justices had to be extremely careful that the intent of their wording could be understood and then applied correctly.

Take for example, the word “meritless.”  It sounds like a good word to use when applied to these types of “patent troll” cases, but Justice Scalia mentioned that all losing court cases are, by the very definition of “losing”, without merit. How could a lower court properly interpret the word meritless when it’s not definitive enough to describe the types of cases brought by these patent trolls?

Lawyers for ICON have stated that the current federal standard is sufficient and there is no need to add additional adjectives to describe what “exceptional” cases might mean.  At this point, the Supreme Court has not yet rendered a decision but the discussion was certainly thought provoking.