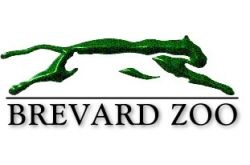 One of the major attractions in the Melbourne area is the Brevard County Zoo.  Opened in 1984 after the local community raised 3.5 million dollars, the zoo now houses over 600 animals in over 120 animal exhibits.  These include the Red Wolf, White Rhinoceroses, Cheetahs, Giraffes and of course – all kinds of water animals.  Not content to stay as is, the zoo continues to grow and develop.  In fact, they’ve recently made several very exciting announcements.

The brand new meerkat exhibit is now open!  This exhibit, called the Meerkat Hamlet, has lots of tunnels for these burrowing creatures.  Meerkats live in underground warrens and have a pretty complex and active social life with each other.  Kids of all ages love to watch the meerkats stand on their hind legs, scurry through their tunnels and play with each other.  In fact, the kids can now crawl through their own tunnel and watch the meerkats as they move around underground. Following a name-the-meerkat contest, the alpha male is now known as Jasper, while the alpha female is known as Kiki.  And the best news of all: Kiki is thought to be pregnant!

The zoo has upgraded their existing boardwalk and added new sections that allow up close and personal viewing into the new meerkat exhibit as well as an active termite mound.  This boardwalk is designed to be extremely durable with a natural hardwood finish. It simply makes it easier for the guests to move around and is much nicer on the eyes.

Some of the newest zoo babies include swans and capybaras.  Six Coscoroba swans were born to mom Cinderella and dad Prince Charming!  In addition, six capybara pups were born to Baily and Clancy. Capybaras are a close relative to guinea pigs, but are much larger than the average guinea pig.

The zoo celebrated its 20th anniversary during the weekend of March 15th and March 16th.  During this weekend celebration, guests enjoyed special music, a parade, animal encounters, games and crafts as well as free gifts or free admission to some lucky guests.  It is important to remember that twenty years ago, 16,000 volunteers pitched in with hammers, nails and muscle power to help build the zoo in only 16 weeks!

On a much sadder note, a giraffe named Duncan had to be euthanized in late 2013.  Although only 11 years old, he suffered from what’s known as capture myopathy – a disorder that obliterates muscle tissue.  Because this disorder is life-threatening and because Duncan was not responding to any treatment, the sad decision was made to euthanize the animal in order to relieve its suffering.

If you’re in the area, come by and enjoy all that the Brevard Zoo has to offer!