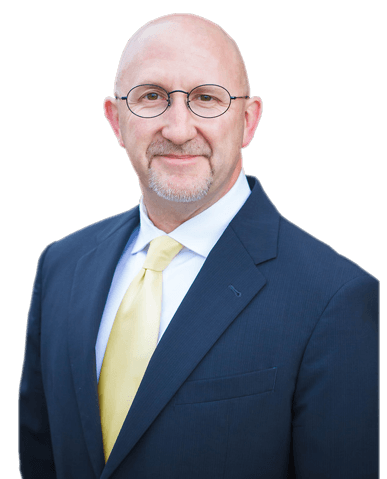 Eric Hostetler began his career in the Midwest as a runner for Franklin & Hance (now Franklin Law Group), a plaintiff’s medical malpractice firm in Louisville, KY.  In 1997 he moved to Jacksonville, Florida to attend Florida Coastal School of Law. Eric worked full time as a clerk for Brown, Terrell & Hogan (now Terrell Hogan) while attending law school at night.  After earning his law degree, Eric stayed in Jacksonville and worked for the law firm of Hiday & Rickey, P.A., where he focused on the areas of collection, foreclosure and subrogation. While at Hiday & Rickey, P.A., Eric represented many local credit unions and credit card companies in collection matters and nation-wide insurance companies dealing primarily in subrogating automobile accidents.

Eric moved to Brevard County in 2004 and began working for the law firm of Vance, Lotane & Bookhardt (now Lotane & Associates). There, Eric continued his practice of representing local credit unions in collection matters and foreclosure matters but focused on his main area of practice of representing nation-wide insurance companies in subrogation matters, dealing specifically with automobile accidents. Eric has practiced state-wide for over 14 years now and currently focuses his practice in the areas of insurance litigation and commercial litigation.

Eric also takes the time to give back to the community by being involved in the United Way of Brevard County and Bridges. He has served on the board of directors for the United Way and was chair of the Emerging Leaders, a group of young professionals dedicated to volunteering and supporting the United Way and its agencies. Eric is also on the Foundation board of directors for Bridges and is currently the president of the Melbourne Civic Theatre located in downtown Melbourne.