Can a Celebrity be More Marketable Dead than Alive? 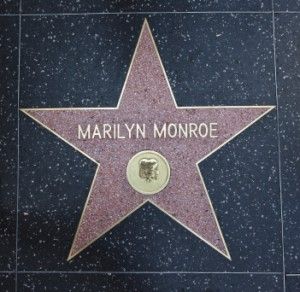 Have you recently seen the new Dior J’Adore commercial starring Charlize Theron?  Did you happen to notice her co-stars in the commercial?  If so, you may have seen cameo appearances made by Marilyn Monroe, Grace Kelly, and Marlene Dietrich. Isn’t it nice these famous leading ladies were able to come back from the dead to help with the commercial?  Wait a minute.  How is it possible for their images to be used in commercials long after they have died?

Do you remember the Tiger Woods infidelity scandal in 2009?  At the time the scandal came to light, Tiger Woods was endorsing AT&T, Accenture, and Gillette.  When the scandal broke all these companies were forced to drop Tiger as an endorser.  He was no longer seen as a likeable celebrity in the public eye.  I am sure these companies all lost thousands in marketing efforts because of his scandalous behavior.

Companies like CMG, provide the branding giants with a safer, more affordable alternative.  They can license the use of dead celebrities.  The advertising agencies no longer have to fear scandals.  Their endorsers are dead.  Their histories have already been written.  Therefore using them to endorse products is easier and cheaper.

It is a win-win situation.  Companies like CMG and the branding giants make money off the backs of dead celebrities. Everyone is happy, right?  Wrong.  What about the dead celebrities and their families?  Don’t they have any rights?  How can they prevent other people from profiting off their deceased?  How can they prevent them from using their loved one to endorse products that they know the celebrity would never have endorsed if alive?

Descendants of famous celebrities and current living celebrities are fighting back to try and win right of publicity.  Right of publicity is defined by Wikipedia, as the right of an individual or corporation to control the commercial use of an individual’s name, image, or likeness.  As more and more companies are exploiting the deceased celebrities for commercial use, publicity rights laws are now starting to become passed in each state.   The problem is that each state has different laws.  States like California, home of many famous celebrities, have passed strong publicity rights that allow celebrities the right to trademark their image and block others from using their image during their lifetime and 70 years after their deaths.  Unfortunately, other states like New York do not have any publicity rights passed.  Whatever state the celebrity resides in at the time of death, will determine the publicity laws.

If other celebrities wish to exert their right over their image, then it would be wise for them to trademark their image.  Then pursue legislative course to pass new publicity right laws within their state as Bill Cosby did in Massachusetts.  Otherwise, their legacy will be left in the hands of strangers to exploit as they see fit.