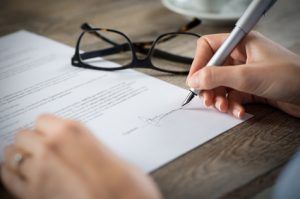 Communities, gated or otherwise, and condos are a great place to live. Your lawn is taken care of for you. Some places even have community centers, complete with pools for use by homeowners and organized activities such as games or Zumba. But there is a catch to these types of living spaces. Before you sign on the dotted line, these places will provide you with a list of rules that you must follow. You might want to read them before you close the deal.

What Kinds of Rules?

Communities and condos can have any number of rules. They can limit the size or breed of your dog, if they even allow you to have pets. Homeowner’s associations can put limits on the types of lawn decorations you can have out, or how you can decorate your house for the holidays. On top of that, they can have regulations covering when you can put decorations up and when they need to be down by. An association can prohibit a basketball hoop in the driveway. Some homeowners associations restrict vehicles displaying logos, parking in your driveway overnight, even if they are your own company’s vehicle.

Look Over the Fine Prink

Some rules may seem stupid, but you should know them, because you never know when they might be used against you. In one case, a family had a lawsuit filed against them by their homeowner’s association in Kimry Moor because they had their truck parked in their driveway.

Now, in the association’s rulebook, it states that only “passenger, pleasure-type” vehicles may be parked in a resident’s driveway. This rule is pretty vague, but it’s clear that the lawsuit would make sense if the truck were a work vehicle. But it’s not. The truck is the personal, passenger vehicle for the Orlando family, and there are several other homes in the neighborhood with larger vehicles – other trucks, vans and SUVs – parked in their respective driveways.

The association, however, stands by their lawsuit, which was filed in 2013. Their lawyer claims that the association has its rules and the claim is based on their interpretation of those rules, which state that driveways must be kept a certain way to keep the community attractive. While the Orlando’s own the house, the association owns the driveway, and despite the truck being registered as a passenger vehicle, they claim it isn’t, and is therefore in violation of the rules.

You might like the idea of moving into a community or a condo because it has rules, but even at that, you still might want to give them a good once over. Know what the rules are before you sign the final paperwork and if something is unclear, ask for clarification. It could save you a whole lot of trouble.