Do you have an Overdue Library Book? 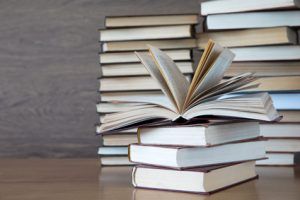 If you do and you live in San Angelo, Texas, you may want to return that book!  Starting in March, 2014, they will not only list your name publicly, they will be taking you to court.

Due to the fact that the Tom Green Country Library has more than 2,000 delinquent accounts, the library is taking drastic steps to recover the lost items.  A total delinquent amount is estimated to be an approximately $113,000.  In a few cases, the individual with the delinquent account has more than $500 worth of items outstanding.  The lawsuits will not only ask for the initial cost of the item to be repaid by the account holder, they will also ask for an additional $235 in court fees and costs. That lost copy of Moby Dick may end up costing a bundle!

San Angelo County is not the only library that has had to implement this policy.  Libraries in Indiana, New York, Texas, Pennsylvania and New Mexico also take overdue account holders to small claims court in order to recoup their losses.

Most libraries view a civil lawsuit in small claims court as an action of last resort, sometimes to be used only after a collection agency is involved.  The purpose of the policy is to get the item returned.  If someone has an item that is way overdue and contacts the library, the library will more than likely work with the patron to make good on the overdue item as opposed to filing suit.  However, libraries are operating on smaller and smaller budgets these days and must be very careful with the line item of expense.  In addition, many libraries state that they feel a need to safeguard the books on behalf of taxpayers, who fund the libraries through tax dollars.  Hence, the need for a drastic solution.

Unfortunately, if a patron does not respond to the court summons, a warrant is issued for arrest.  This means that the lost copy of Moby Dick could result in a night of jail.

In one twist, Lori Teel checked out a Twilight book.  She never did return in and despite repeated attempts on behalf of the library to contact her, she never responded.  Over time, the library filed suit. When Ms. Teel did not show up in court, a warrant went out for her arrest.  She was arrested and spent the night in jail.  Ms. Teel filed a suit against the city of Portales, New Mexico who she states did not have her correct address.  She is claiming emotional distress due to the fact that she was arrested in front of her five young children, who had to spend the night with a stranger.  And the lawsuits continue.