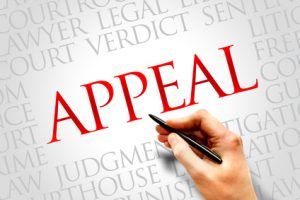 Probate law might seem to be simple when you look at it superficially but as is the case with all branches of law there is a lot more to it when you dig deeper into its principles. This is the reason why there are lawyers who specialize only in this particular branch of law. In simple terms, probate law is the particular branch of law that deals in making sure that the will drawn up by anyone who dies is executed properly. In order to ensure this, it is always the right idea to get in touch with a probate lawyer. As such, the probate is a legal document that is absolutely essential in order to make sure that the will is executed properly.

Something that people are often unaware of is the fact that there is a separate court known as the probate court that deals in taking care of all these issues. As the very first step in the whole process, the people concerned need to approach this court so that the validity of the will can ascertained before anything else. However, you don’t need to be alarmed about the first step since the veracity of the will does not take long; you typically do not have to wait very long in order to know whether it is genuine or fake. Next, the probate court would direct the named executor of the will to take care of settling the will and if for some reason an executor is not named, then the court will ask any of the family members to act as the executor.

However, the entire process might not turn out to be as seamless as described above; disputes are commonplace if there are more than one inheritors of the estate. Disputes are settled by the probate court as well, but if there is ever a dispute of this sort then it is always a wise decision to get in touch with a probate lawyer as soon as possible so that no time is lost in setting the record straight. On the other hand, if the deceased person had some debts which he had not made any provisions in the will for, then that could also pose to be a problem too, which is yet another reason an experienced probate lawyer can help to smooth things out.