How do you Calculate Punitive Damages? 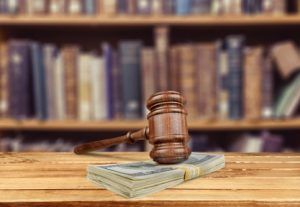 Punitive damages are available in many types of personal injury claims.  These damages are intended as punishment for the offenders and also discouragement from committing this type of offense in the future.  The damages are typically awarded in extreme cases where it has been determined that the defendant with disregard for the plaintiff’s safety.

There are some general guidelines for determining the amount awarded for punitive damages.  First, the defendant’s actions must show they were more than mere negligence.  The defendant needs to have demonstrated an obvious disregard for care and/or safety.  Plus, punitive damages usually aren’t awarded without other compensation.  They normally are issued in addition to damages like compensatory damages that will reimburse the plaintiff for any losses.  Punitive damages have to be “relatively proportionate” to the compensatory damage award. Most jurisdictions rule that punitive damages may not surpass four times the total compensatory damages.  Medical malpractice awards have limitations in some states.  Most state limits on medical malpractice awards range anywhere from $250,000 to $750,000.

Punitive damages in a personal injury claim are awarded as mentioned previously.  The requirements for damages awarded in these types of lawsuits must show egregious activity on the defendant’s part and have a compensatory damage award.  Any restitutionary or nominal damage award can also suffice. Punitive damages can be awarded for many types of personal injury claims.  Some examples may be where a class action has been filed involving many people that have been injured due to a single occurrence.  Also cases when the defendant deliberately caused the injury.  Damages can be awarded when severe bodily injury has occurred.  Physicians who commit blatant errors can also have to pay punitive damage awards.  And damages are normally awarded when it has been shown that the defendant’s activity was malicious in intent or when that conduct exceeds normal social behavior