Is Actor Armand Assante a Victim of Predatory Lending? 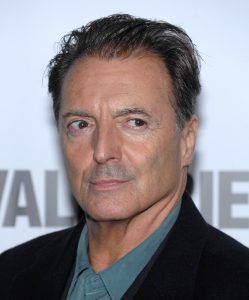 Since 2003 the amount of Predatory lending cases that have been prosecuted has increased tenfold to almost 100,000 cases annually. That is an alarming rate considering that figure only states the cases that have been identified as probable predatory lending situations, but it also makes you wonder just how many thousands more go undetected. Predatory lending is described as the practice of making a loan that is fraudulent, unfair, and deceptive during the loan origination process. Recent cases show that the borrower needs to be more aware of it and seek legal help when they believe they are a victim of it.

A recent case that is making big news nationally on the subject lately for predatory lending practices is that of the famous actor Armand Assante and his fight against Eastern Savings Bank of Maryland. The bank is attempting to foreclose on his upstate New York estate despite the fact he has paid over half the loans 1.5 million dollar value and offered to pay off most of the remainder of the loan to stop the foreclosure. When the bank refused to stop the foreclosure proceedings Mr. Assante turned to his legal counsel for help.

What happened next was a bizarre list of findings. They learned that several people had complained about the practices of Eastern Savings Banks lending and they were under investigation by the FBI. As it turns out the Banks’ lending officer that signed Mr. Assante’s loan had subsequently been fined for the very same predatory practices that the legal team was claiming. They also state that the property of Mr. Assante was severely devalued for the purpose of foreclosing on it from the start. This was made more interesting by the fact that the third party appraiser is now involved in legal problems of her own pertaining to fraud, drug trafficking and other crimes. The bank was also unable to produce an original copy of the loan agreement at first and now two ‘different’ copies of the loan agreement have since surfaced. The case goes to court again on July 23, 2014 and the bank has already made plans to auction the estate of Mr. Assante shortly after that.

Cases like this underscore the need to have a diligent and thorough legal team working for you. Some of things they are experienced at looking for can make the difference as to whether you get to stay in home you have come to love or lose it unjustly. If it can happen to a high profile celebrity it can happen to anyone. If you feel you are the victim of predatory lending then it’s important to contact your lawyer and find out what legal actions are available to you to protect yourself against foreclosure and other unjust practices.