The Fight Over Use of “Crystal Glamour” is Decided 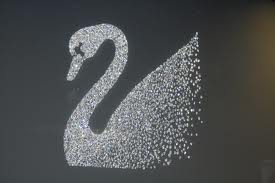 Austrian crystal jewelry maker, Swarovski has decided to not renew its trademark “Crystal Glamour”. In 2005, Swarovski received the registration for the term and filed the trademark as a “proposed to use” basis. However, their claim to the trademark was disputed by Crystal Knitters, a textile manufacturer from Tirupur.  Crystal Knitters claims that they have been building a good reputation with that term since 1971 and were not about to let Swarovski “Swar-oop” in and take over their trademark.

In 2007, Crystal Knitters filed a complaint with the Intellectual Property Appellate Board opposing Swarovski. Their claim was supported with evidence showing the company had registrations of the mark in classes that were different than Swarovski along with over 40 years history of using the term on marketing collateral. Crystal Knitters further argued that Swarovski had been deceitful in claiming this mark, by hiding facts and misrepresenting certain things. As a result of the accusations and details around the case, the IPAB notified Swarovski and instead of countering, Swarovski decided to let the trademark lapse and in effect, let it go.

The interesting thing about this battle is the somewhat generic quality of the term Swarovski and Crystal Knitters were arguing over. It begs the question of can any term be picked up and trademarked for gain?

No.  A trademark is a word, phrase, symbol or design, or a combination of words, phrases, symbols or designs, that identifies and distinguishes the source of the goods of one party from those of others.  Crystal Knitters could successfully argue that their use of the term “Crystal Glamour” helped distinguish them from their competition and was thus awarded trademark status.  Had other competitors used the term at the time Crystal Knitters registered for the mark, the likelihood of the company being awarded the trademark would be very slim.