The Importance of Filing for Both Utility and Design Patents 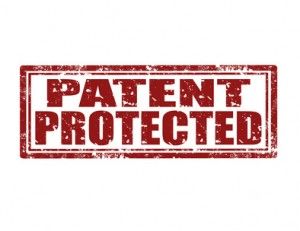 While watching Shark Tank Season Five, Episode 10, I was reminded of the importance of filing for both a design and utility patent. The show aired a young family looking to gain financial backing to expand their growing lunchbox business. The couple started Yubo, an environmentally friendly customized lunchbox company. The beauty of their design is the lunch box can be quickly disassembled and thrown into the dishwasher for easy cleaning. During their negotiations, one of the first questions asked of the Shark Tank team was do you have your design patented? Cyndi Pedrazzi, co-founder of Yubo, responded with the perfect answer. Yes, they have both the design and utility patent. The eyes of all shark tank members light up considerably at this point and the bidding war over who would be their investor began.

Having control over both the design and utility patents gave the Pedrazzi family a huge competitive advantage over the lunchbox industry and made them a desirable company to invest in. Investors, especially those on Shark Tank, aren’t stupid. They made their fortunes by being pack leaders. They understand those patents protect the product from being duplicated in either design or usability.

Often times, new inventors make the mistake of only filing for one or the other patent, assuming it is completely protected, but this is not the case. A design patent protects the way the invention looks and the process in which it is made whereas the utility patent protects the way the invention is used or works. If the Pedrazzi family only patented the design of their lunchbox, they would have left room for already established lunchbox manufacturers to swoop in and create another lunchbox design that also could be washed in the dishwasher. Vise versa, if they had only patented the utility, then competitors could copy their unique box design. Do you see now why both are very important?

It is especially important to patent both when entering an established market. Lunchboxes have been around for decades. The Yubo Company simply took an old concept and gave it a refreshing new look and use. It would be quite easy for existing manufacturers to duplicate their idea. Manufacturers already have the facilities and channels in place. By securing the both patents protects the fledgling company from domination and allows the company to grow. The Pedrazzi family made the right decision to file for the design and utility patent of their lunchbox and as a result of their smart decision they walked away from the Shark Tank with investment money in hand with exactly the terms they wanted.