The Wedding is Called Off. Who Keeps the Engagement Ring? 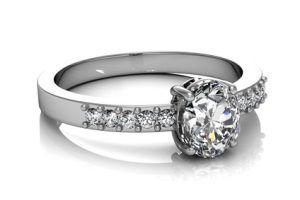 We all know people who have gotten engaged only to call off their engagement a few months later.  Did you ever wonder what happens to the ring?  Most of the times the ring is given back to the fiancé once the couple calls it quit.  Proper etiquette dictates that if the couple were to call off their engagement the ring would be returned to the buyer.  It is also common in some cultures for the woman to keep the ring if the man is the one to break off the engagement.  One woman blogger wrote that she felt she should keep the ring to offset the nonrefundable deposits her family had to pay towards the wedding arrangements.  She has a valid point.  In many cultures it is the woman’s family that pays for the wedding expenses.  According to the Cost of Wedding website, the average American couple spends over $25,000 on their wedding.  If this woman’s family is fronting the entire bill, who would blame her for wishing to keep the ring to help pay off the debt.

The problem lies in whether she is legally the owner of the ring or not.  In most states, the engagement ring in considered a “conditional” gift, meaning that it a gift only truly given once the condition is met.  In order for the engagement ring to become the property of the receiver, the receiver must marry.  However, there is a catch to this property law.

As Valentine’s Day is quickly coming before us, I would caution gentlemen from proposing to their ladies on this holiday.  To play it safe, it is best to propose on a non-holiday or birthday.  After all, these days rings cost men about two months salary.