As a follower of several tech websites, it’s my general impression that the cost of 3D printers and their associated printing media are quickly dropping in price, to the point that it is within the budget of some hobbyists and semi-professional hardware manufacturers to purchase and operate the machines.  While this is certainly an exciting development both in terms of rapid prototyping capabilities and creating a new market of distributing production on small scales to hyper-local producers, another more nefarious prospect is on the horizon. 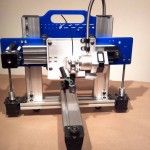 The ORD Bot, an example of a 3D printer

The statutory definition of infringement requires a party to make, use, sell, or offer for sale the infringing product in the USA.  In the world of 3D printing, there are essentially two steps required for the fabrication of an object; the creation of a computer file that can be read by software associated with the 3D printer, which  may then translate that file into actions to be performed by the 3D printer, and then there is  the printing of the object.  While the printing of the object, if infringing, clearly infringes under the “make” category of infringement, that is also the most difficult mode of infringement to prove under these circumstances.  A traditional system claim likely would not be infringed by the file that, when printed, yields an infringing product, hence the mere possession of said file is unlikely to rise to infringement.  Therefore, even if a person can be found in possession of that file, until they actually use it, no infringement exists. 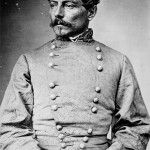 Accordingly, a new claiming strategy may be in order.  However, there are certainly a significant number of pitfalls when drafting claims involving software.  The Federal Circuit’s machine-or-transformation test, while being held by the Supreme Court to not be the only test of patentability for method claims, serves as the primary guiding light.  Therefore, when claiming software that, when utilized, yields an infringing product, this test must be satisfied.  The Beauregard computer-readable medium format may well be sufficient, for as long as that claiming strategy remains viable.  Accordingly, a computer-readable medium that may be operated to produce a system may be an excellent independent claim to other claims for a system.  In this way, not only is a party that prints the system infringing, but so also is a party that creates the file that creates the infringing system.  This opens up another avenue of protecting patented inventions earlier in the chain of production, and can provide greater deterrence to infringing behavior.

Special thanks to Justin Clark for his insight into this topic.